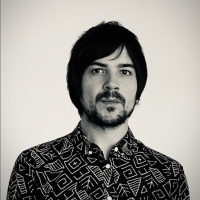 Thomas was a multi-unit manager for a national retailer responsible for more than 20 food and beverage outlets in the south-west of England.

When the development programme commenced, sales in Thomas’s region were almost £500,000 lower year on year and profit was more than £350,000 below budget.

The programme helped Thomas to identify both the root causes of the negative trends and the profitable growth opportunities in his units.  At the same time, Thomas began to reappraise his own approach to managing his team using the Critical Impact Activities essential to his role as a Multi-Unit Manager.

Spurred by Thomas’s proactive and engaging management style, unit managers instigated their own initiatives, based on their better understanding of their business. They also showed greater commitment to implementing these ideas effectively.

The financial year following our work with them saw a sharp turnaround in the performance of the south-west region.  Sales rose to almost £280,000 above target, while the previous year’s loss turned into a profit of £70,000.

Thomas’s application of all he learnt was impressive; perhaps the most important, long-term benefit was that the proportion of internal promotions more than doubled (from 35% to 90%) for all manager appointments
Thomas’ Line Manager